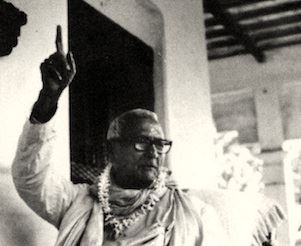 How we know: Divine Realization and Guru
by Michael Dolan/ B.V. Mahayogi

Philosophically speaking, “ontology” is the study of being. As humans we reflect on what exists and why things exist. An attempt has been made to exclude consciousness from the world of things, but there is no world without consciousness. It is impossible to exclude subjectivity from any study of the world of things, since no examination can be made without observation. Observation is subjective and influences our interpretation of what exists. Since consciousness is always part of observation no scientist can divorce the subjective from the objective.

The study of existence, then, leads to the study of knowledge itself, or “epistemology.” Epistemology is the study of the knowing process. If the goal of science is knowlege, an important question becomes “How do we know what we know?” Ruling out subjectivity creates problems for knowledge, since cognition itself is subjective.

Then again, knowledge which ignores the problem of consciousness is hollow. To know and understand the world of things,  to study the world “out there” may be profitable to some extent. But at some point we reach the limits of knowledge. We cannot know what is “out there” neither at the subatomic level or the macro-universal level without considering problems like time and thought. These problems become more and more subtle the more we enter their study. In the end we find the limit of knowledge at the frontiers of consciousness.

When we confront the limits of ontology and epistemology, we must admit the existence of some form of metaphysics, that is, some state of reality beyond what may be physically measured. The immeasurable or numinous cannot be known empirically, but may be experienced directly through higher states of consciousness.

Entering the inner world of metaphysics through higher states of consciousness is not as easy as it seems. Even if we are determined to enter a higher state and encounter the eternal self, our spiritual lens is obscured by so many sensual distractions, how can we see the true characteristics of transcendental reality? Our senses are imperfect. We are always making mistakes. It is said, “to err is human.” We are honeycombed with faults and imperfections. And yet it is also human to strive for perfection, to strive for meaning, to reach for the infinite. We yearn for completion, for truth, and for perfection.

A careful analysis of reality reveals hierarchical structures at all levels of being. Subatomic particles are organized into atoms, atoms nest into molecular structures. Biological forms begin with simple one-celled animals and graduate to higher and higher complexities. Wherever one looks there are more and more complex systems from organisms to families, tribes, societies, communities and nations. Why should there not be a hierarchy of consciousness? A hierarchy of consciousness implies gradation in intelligence as well.

This hierarchy is well-known in educational circles. For example, the psychologist Howard Gardner has proposed the existence of different kinds of intelligence: musical-rhythmic, visual-spatial, verbal-linguistic, logical-mathematical, bodily-kinesthetic, interpersonal, intrapersonal, and naturalistic. He later suggested that highly developed existential and moral insight may also be worthy of inclusion as special kinds of “intelligence.” 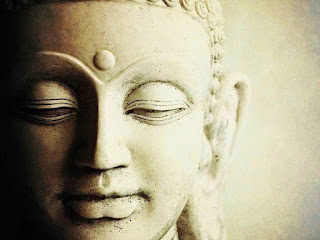 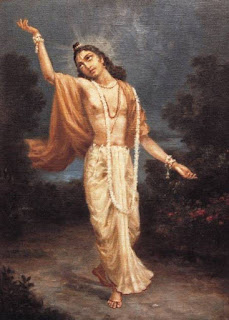 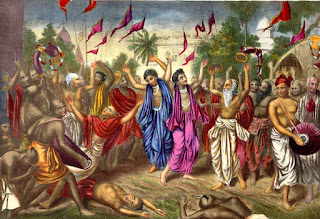 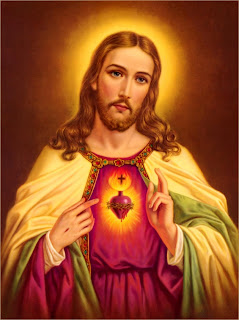 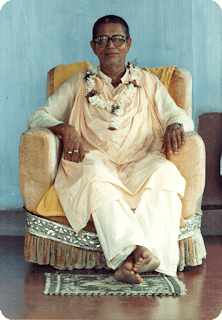 Spiritual enlightenment is the birth right of every human being. It is not just available exclusively to those who are at the highest level of development, but may be discovered by any sincere truth-seeker who comes in connection with a qualified spiritual mentor.

Epistemology reaches its culmination in the higher stages of consciousness that one may know through the help of a proper spiritual mentor, or guru.

Śrīla Śrīdhara Mahārāja explains:
“To err is human. To err is inevitable for all, being not perfect. Still, no one wants to remain imperfect. There is an element within all that is animate that tends towards perfection. If it were not so, we would feel no want at all. Our tendency towards perfection is certainly very weak and limited; otherwise we could attain the goal at once. Our limited capacity and tendency for perfection makes room for the guide or Guru.
“The imperfect is not so if it is not in need of help, and that also from beyond itself. The perfect is not perfect if He cannot assert Himself or help others, and that too, of His own accord. So the guidance to perfection or AbsoluteTruth is necessarily a function of the Absolute Himself, and the divine agent through whom this function manifests is Śrī Guru or the divine guide.
For a seeker of the Absolute Truth, submission to the Guru is unavoidable. A class of thinkers believe, however, that when scientific research is possible, why cannot higher spiritual knowledge also be evolved from within? Such people are ignorant of the most essential nature of Absolute Knowledge, that He alone is the Absolute Subject and all else including ourselves constitutionally stand only as an “object to His omniscient vision. It is impossible for the eye to see the mind; it can have some connection with the mind only when the latter cares to mind it. In a similar way, our connection with absolute knowledge depends mainly on His sweet will. We must solely depend on His agent, or the Spiritual Master, through whom He likes to distribute Himself.
Our human society with its finest culture forms but an infinitesimal part of the dynamic Absolute. How, except by the direct and positive method of revelation, dare we hope to comprehend or evolve any conception of the supernatural knowledge of the unconditioned Infinite? All intellectual giants prove themselves but pygmies before the absolute omniscient omnipotence who reserves the right to give Himself away through His own agents alone. 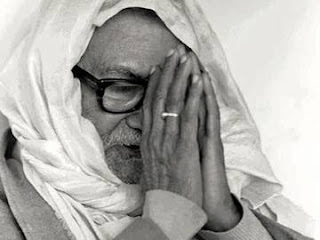 Posted by Michael Dolan, Mahayogi at 10:40 AM

Michael Dolan, Mahayogi
Michael Dolan/Mahayogi is a writer, teacher, blogger and world traveler. In the last 5 years he’s traveled around the world five times, from Mexico to Canada to Russia, Thailand, and China working on screenplays, directing short films, and lecturing on the wisdom teachings of ancient cultures and civilizations. During the 1980s at Guardian of Devotion Press in San Jose, California he was responsible for publishing a number of works on yoga and philosophy, notably The Search for Shri Krishna, Subjective Evolution, and the Loving Search for the Lost Servant, among them. These books teach about inner life. Michael Dolan/Mahayogi now lives and works in San Miguel de Allende where he teaches at the Universidad de Guanajuato, one of Mexico’s most prestigious universities.